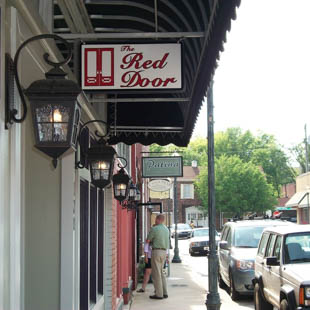 Included in this setting are examples of late 19th century domestic architecture, pre-World War I dwellings, houses of the mid-1920s, and church architecture of the first half of the twentieth century. Architectural styles and types include Victorian, Classical Revival, Bungalow, Tudor Revival, and Four-Square. The district is made up of two areas, which together include three churches and twenty houses.