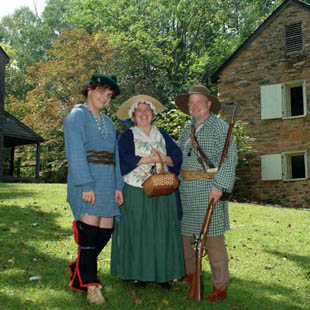 Oconee Station was built in 1792 as one in a series of blockhouses along the SC frontier and was garrisoned with troops until 1799. The buildings were established during a period of tension between white settlers and the Indians. The adjacent William Richards House, built in 1805, is believed to be the first brick house built in the northwest corner of South Carolina and was a successful trading post. Nearby the beautiful Station Cove Falls can be enjoyed.